Oh January. You crept up on us all didn’t you? It only seems like yesterday I was moisturising my chafing thighs in the summer heat and suddenly it’s winter and 2018 and all my shoes leak. Over Christmas I was feeling a bit in limbo. It was impossible to actually do any work because there was always brie nearby waiting to be spread onto a cracker but I couldn’t escape a feeling of stress bubbling under my skin at what the New Year might hold, whether it’s selling my show in a city where literally no one cares who you are or my hair dryer exploding.

Then, just like that, it’s the 1st January and suddenly I don’t feel so scared anymore. A little bit because FRIENDS is now on Netflix and the world seems to have righted itself. And a little bit because I only have a dread of things actually happening – once they’ve happened it’s not so alarming. The only exception to that rule is when I tried to wax my own bikini line – I thought it would be terrible and I did in fact end up glueing said wax to myself for two days, surpassing even my own imagined levels of horror.

I know it’s only been one day but I’m loving 2018 already. I’ve spent it eating leftover jelly, hanging out with my favourite humans in the countryside, watching FRIENDS re-runs and thinking of some killer resolutions. But before I get to all that here are just some of my 2017 highlights. Life is a whirlwind – one minute it’s your 21st birthday and you’re being sick on your own shoes in a nightclub and the next minute you’re an actual adult and own an Oyster travel card worth over £2000. So I’m all for sitting still for a moment to take it all in. 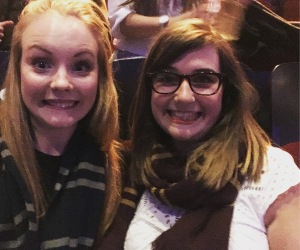 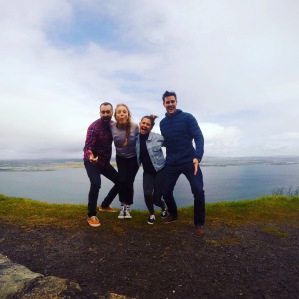 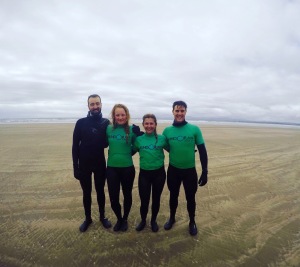 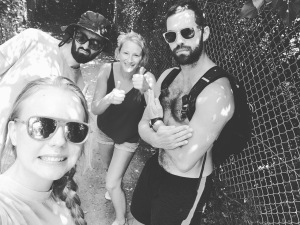 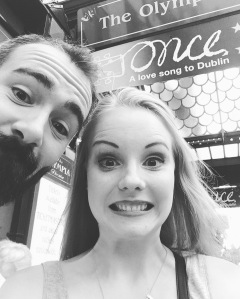 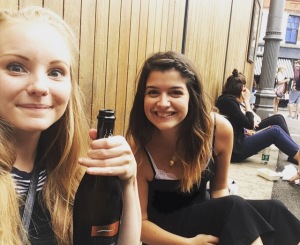 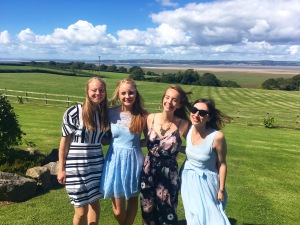 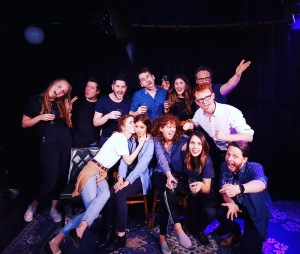 For the first time ever I saved some money and paid off my credit card which when you work in the arts is no mean feat. I completed my improv course and actually performed it live in front of other human beings. I stuck to vegetarianism right up until New Year’s Eve when I forgot and ate jelly babies. I ran my first 10k. I also wrote my first solo play, entered a competition and I got into the final 100 writers (out of 1000) which made me feel slightly better about spending so much of my time dreaming about being the next Sharon Horgan. Then I actually met Sharon Horgan and told her I love her. Tamar and I ended the year how we began, performing Split to a sell-out crowd in Surrey. My podcast  launched an entire season and the next one is on its way. I managed my anxiety better than I ever have before. I got braver at admitting what I want and saying it out loud. I got angrier and started speaking out at things that make me mad. I started to give myself a break – to stop thinking of myself as a failure and be proud of who I am.

And now for this year. I’ve thought long and hard – sort of. I’m quite hungover and still watching FRIENDS in the background. But here we go:

So there we are. The good, the bad, and the holy shit balls I just remembered I haven’t done my tax return. WHY GOD WHY.

2017 was a blast really – sure it had its bad bits but given various worldwide events that have happened this year I think I’ve got a lot to be grateful for. I’m heading into the New Year with a whole lot of ambition but also a better sense of self-care (in every area other than bikini waxes that is). It’s all well and good piling on the pressure to make something of my life but at the end of the day, I get to come home every day to a house with its own Oxo cube tin, a pretty epic girl power Lego collection and two sharks. That’s more than enough for me.