Today I started the year as I mean to go on; with a bowl full of Star Wars cereal and a lack of desire to wash my hair. After a week of friends, family, shortbread bingeing, country air, dog envy, wellies, board games, and refusing to go anywhere without my slippers, I’m back in London and ready to get into the swing of things, big time.

Right now I’m thinking about insuring my gadgets – so clearly this is the year I take over the world and become extremely boring.

I wanted to jump on the reflections and resolutions bandwagon even if it’s just giving myself a pat on the back for grating cheese last year without injuring myself and lining up some exciting goals including getting a better rounders bat. 2016 was a bullshit year for us all and some things are hard to recover from. So it’s lucky we’re all superheroes, hey? 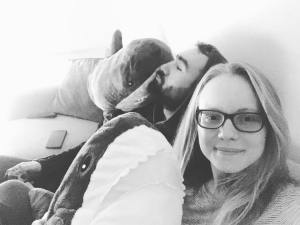 AND FINALLY, 2017’S RESOLUTIONS, IN BRIEF (BECAUSE I’M ABOUT TO MAKE ED WATCH THE SOUND OF MUSIC FOR THE FIRST TIME).

Happy New Year all of you. Let’s do this. X